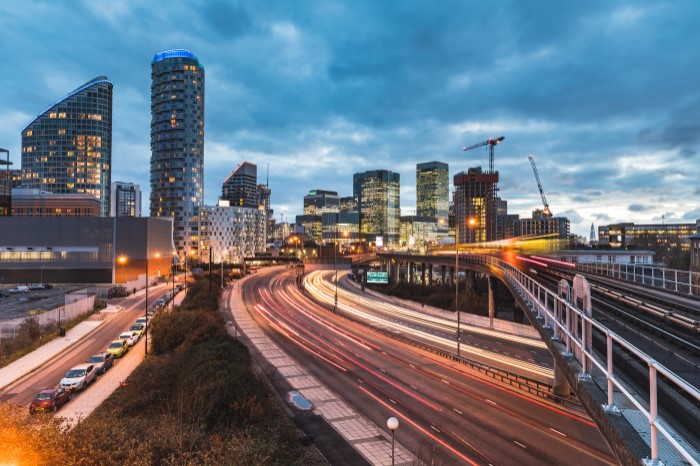 Finally, after what seems like an age, fleet managers and their drivers have been returning to something resembling normality towards the close of 2021.

However, getting back behind the wheel is not necessarily a simple matter. At the AFP, we’re seeing two areas of potential risk emerging. One is drivers who have worked in frontline services and industries such as parcel delivery, subsequently being placed under huge pressure during the pandemic. The other is people who have been furloughed or home working, and therefore covered many fewer miles in the last year than previously.

Both groups represent risks and these employees may need proactive management in order to keep them and other road users safe. Linked areas of emerging concern for fleet managers include mental health issues and drug driving.

Company car electrification now has massive momentum and EVs are arriving on fleets in considerable and rapidly growing quantities. This means that we are seeing increased emphasis on issues arising from their day-to-day operation – and by far the biggest of these is charging.

Two issues need resolving. The first is providing infrastructure for those who live in an apartment or terraced house and require access to overnight, on-street charging. At present, this is almost non-existent and massive investment is needed as well as meaningful strategies at both local and national levels. The AFP has formed a new Kerbside Charging Group to help tackle this need. The second is to upgrade the public charging infrastructure, which is coming under considerable pressure because of the growth in EV company cars. Again, the only answer is for large sums of money to be made available.

Also related to the rapid growth in EVs, fleets are developing methods of equitably reimbursing employees who are charging their vehicles at home. AFP lobbying of HMRC – in conjunction with the BVRLA – has been playing a role here with two achievements. Firstly, fleets are now able to use an “actual cost” basis and for calculations and secondly, the AER rate has just been increased from 4ppm to 5ppm.

We very much welcome these changes but further work is needed. The new 5ppm rate works for smaller EVs but, once the range of a car gets up to around 250 miles, the charging cost per mile is higher and we would like to see an AER of 6-7ppm for these, ideally.

Also, many fleets have used the AER rate within their whole life cost calculations and if moving to an actual cost reimbursement model, this will need to be reflected back into vehicles available within particular grades.

If 2021 has been the year when the electric company car has really taken off, 2022 could prove to be the equivalent for the electric van. While there are still holes in the market such as the absence of a commercial 4×4, eLCVs are finally becoming available in a much wider range of designs and payloads.

We are currently seeing operators starting to get to grips with the ways in which these vehicles can be used, given the new strategies that may be required to take account of range and payload.

One area to monitor is the degree to which fleets will look to hydrogen as an alternative. The first production hydrogen panel van becomes available in 2023 and there is considerable interest around its introduction – although factors such as the almost complete absence of a fuelling infrastructure, the cost of hydrogen production, and the need to do so cleanly all remain major barriers.

Before the pandemic, mobility was rapidly gaining pace. Last year, Covid created an unavoidable pause in this process because many mobility services are based on shared use of assets. However, as some kind of normality returns, we are seeing interest in the subject revive quickly. Many fleet managers expect that their professional future lies in evolving into a mobility equivalent and we are seeing strong demand across the AFP for advice, training and guidance in this area.

In 2022, we expect this trend to gather pace, and for more and more organisations to adopt some form of formal mobility strategy. As a result, we believe a mobility allowance could gradually become the favoured choice for those who might otherwise be considering a cash option, initially focused on those that do not wish to have a permanent car on their driveway.

The AFP has produced two guides – “What is Mobility and Mobility Management?” and “How to Deploy a Mobility Solution Within Your Business” – to help steer fleets through their mobility transition.

The semiconductor shortages that have been the main cause of ongoing delays in new car and van production don’t look as though they are going away quickly, with some manufacturers now quoting the end of 2022 for delivery on mainstream models. That means, of course, that the knock-on effects of long waiting lists will continue for a while yet, including fleets hanging onto cars and vans for longer while they await delivery, placing additional demands on service and maintenance strategies, and values in the used vehicle market remaining buoyant because of poor stock supply.

Poor availability of cars and vans is especially hitting daily rental fleets, many of which understandably disposed of large number of units during the pandemic and now find themselves short of vehicles. Like everyone else, they are having sourcing issues and are also unable to access the levels of discount they have enjoyed in recent years.

This means that short term vehicle hire pricing is increasing and will probably continue to do so but also that we are hearing widespread reports of bookings simply not being fulfilled. This is especially an issue for van users, with daily rental demand remaining high in the wake of the pandemic.

For some time, we’ve been calling for the Government to make benefit-in-kind taxation tables for EVs available through to the end of the decade. Currently, information has only been published up until 2024-25, leaving businesses and employees now entering into four year cycles with no indication of what the benefit-in-kind rate will be for 2025-26.

From conversations with tax specialists, we now believe it is likely that this latter figure will be provided soon and also the Government will make its initial thoughts known on road tolling, which very much looks as though it is going to be the future of raising revenue from motor transport of all kinds. It could be the start of a very interesting discussion.

Various Clean Air Zone projects and the extended London ULEZ are now coming into effect right across England and Wales, and in 2022, we will see their Scottish Low Emission Zone equivalents follow across Glasgow, Edinburgh, Dundee and Aberdeen.

Fleets have been managing the impact of all of these with minimum difficulty, generally moving low emissions vehicles to areas with CAZs. However, this could be having the unintended effect of concentrating older, more polluting cars and vans in non-CAZ location.

The key area of interest now is what will follow these low emissions initiatives and it is interesting to look at the plans announced recently in Birmingham to effectively route all road traffic onto the inner ring road by 2031, with the city centre itself becoming effectively traffic free except for public transport and mobility solutions such as e-scooters. There are even plans to turn over car parking space to other uses. It is difficult to imagine that other cities are not also considering similar strategies and this could have a significant effect on businesses that operate in major urban areas in the medium-long term.

We’ve been cautiously excited about autonomous technology for quite a long time now and 2022 may well be the year that actual self-driving vehicles begin to appear in everyday use. These will initially occupy niche roles – such as buses on strictly controlled routes heading into Cambridge city centre and moving visitors around the NEC site in Birmingham.

The AFP view is that use of high level autonomous technology by mainstream fleets, as opposed to ever more sophisticated ADAS systems, is something that lies some way into the future, but it is encouraging to see these first examples start to appear on roads.

Like autonomous vehicles, connected vehicle data is one of those technologies that has promised to make its way onto fleets for a while but has remained frustratingly just out of reach, despite its obvious potential to make a positive impact on fleet management in all kinds of ways.

The disappointment here is that this kind of information has been potentially available for some time but creating the right commercial conditions for it to be released by motor manufacturers to fleets in useable formats has proven difficult. However, there are signs that may now be changing, and we are optimistic that 2022 could prove to be a watershed year in this respect.

At the AFP, we have been predicting for a little while that car fleet numbers will soon start to grow after successive falls in recent years. This may have been momentarily postponed by the pandemic but we believe that the tide is very much in the process of turning.

Low taxes on EVs are powering a very high level of interest in company cars, including from people who have previously taken cash options, as well creating momentum behind EV-based salary sacrifice schemes, which meet the needs of many employees.

All of this should help to power an electrified renaissance for fleets at a time when the retail sector is still lagging behind.